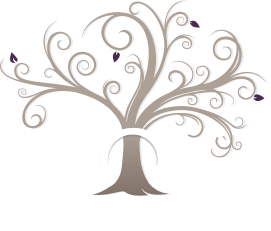 When someone is charged with a criminal offense, the court process can be overwhelming and confusing.  The following explains the path that a criminal case may take depending on the decisions made by the defendant:

In criminal case procedures the initial appearance is an individual’s first appearance in court.   When arrested and in-custody, this must occur within 24 hours of the arrest.  If not in-custody, a summons is mailed to the person’s home with a court date and time.  At the hearing, the individual is informed of the charges they are facing.  The release conditions are set by the Judge and a future court date is set.

Once a direct complaint is filed by the State formally charging a person with a crime, a preliminary hearing is set.  At this hearing, a person may be presented with a plea offer to settle their case or may choose to move forward with the hearing.  At the hearing, the State would present witnesses and evidence to try to establish probable cause that a crime was committed and by the individual accused.  If probable cause is found, an arraignment will be completed by the Court and an initial pre-trial conference will be scheduled.

The State may also choose to proceed by grand jury indictment in the criminal case procedures.  Grand jury proceedings are held in secret.  A prosecutor presents evidence to the grand jury.  Then the grand jury makes a determination on whether there is probable cause that a crime was committed, by the person accused of the crime.  If an indictment is issued, an arraignment is scheduled for a future date.

The arraignment is a brief hearing before the Court where an individual facing criminal charges enters a plea of guilty or not guilty.  A plea of not guilty will result in the scheduling of an initial pre-trial conference.

Pre-trial conferences are brief hearings in the Superior Court.  They are typically before a Commissioner, where the Court determines if the State and defense have complied with the Rules of Procedure.  Also, whether there are discovery issues or whether a plea offer exists. Finally, in the criminal case procedures if found necessary a trial date or other hearings are set.

The trial management conference is typically the last hearing before the trial occurs.  Any trial issues are discussed at that time and the Court ensures that both sides are prepared to move forward on the scheduled trial date.

If an individual chooses to take their case to trial, a Jury of either eight or twelve jurors will determine the outcome of the case.  The State must prove to the jury, beyond a reasonable doubt, that the crime charged in the case was committed by the accused.  The jury must all agree on the verdict in order to find someone guilty of a crime.  In certain rare circumstances, the State and the defense may agree to a bench trial where there is no jury and the Judge determines guilt or innocence.  If a person is found not guilty of the charges, the case is over and they cannot be retried on the same charges.  If the person is found guilty, they will appear before the Court for final sentencing.

Sentencing is typically set thirty days out from the finding of guilt.  Both the State and the defense can provide evidence to the Court so that the Judge can better determine what sentence is appropriate.  The Judge is bound by the law and can only sentence an individual under the statutory sentencing range set for the particular crime.

PrevPreviousWhat Parenting Time Schedule is Appropriate for My Child?
NextI Was Served With a Petition for Dissolution of Marriage, Now What?Next
Get A Free
Consultation
Facebook-f Linkedin